Mylee Grace kicks your shins with music that’s sunshine sweet and beatdown gutter-street all at the same time. Hers is a sound that triumphs over the ordinary. Joy and melancholy are merely her playthings as she moves between meaning and mayhem, poetry and pandemonium, life learnings and shed skins with all the effortless whimsy of a woman at the peak of her art form. Grace’s troupe are her musical friends and family with whom she has defined the sound of alternative country anti-folk rock and roll. To enter their world is to “feel” the music at full force.

Born to music, Mylee was writing and recording original songs with her mother, recording artist and musician, Maria Stratton AKA Panda, long before she could make her own school lunches. Growing up, Maria would record Mylee on a Fostex 8-track machine in their Northern Beaches living room. Fast forward to 2003, and Mylee was finishing up Highschool when FBI Radio, a new community radio station, was about to launch in Sydney. Someone at Triple J passed on Mylee's unreleased track “Thesaurus Rex” to the new station, and they chose it as the test drive song before the station went to air. Mylee Grace was now on the airwaves, literally and on repeat for over a month!

Big changes would arrive all at once in 2006. Mylee fell in love with childhood friend Ozzy Wright, wrote a batch of new songs and started jamming with her new band, the Milkshakes. This was followed by the arrival of their son Rocky River Wright in 2008. Three months later, at the age of 22, Mylee and her young family set off to Europe on a tour with Ozzy’s band The Goons Of Doom. Mylee, her mother and Ozzy played support shows with baby and Goons in tow.

Returning in 2010, Mylee released her debut EP Baby Talk which went on to become a feel-good hit of Sydney’s summer, thanks again to FBI. In 2013 Mylee and Ozzy together released the album Mylee Grace and Ozzy Wrong Songs.  Mylee & the Milkshakes – which also featured Ozzy -- became regulars on the Sydney scene.

In 2015, Mylee, Ozzy and their two children headed north to Byron Bay for a change of scenery. It was intended as a temporary move, but six years later they are still there, working on their creative pursuits while sharing party waves as family.

Mylee Grace’s music has been described as “Music that makes you feel like you’re on holidays with friends “.  It is in some ways a distinctively Australian sound, but not in any traditional way. It’s not country; more like country’s coastal cousin maybe.

Whiplash in the Moshpit features so many wonderful songs that it plays like a collection of singles, so it makes sense that its opening track, “Any Road”, is also its first single. Open and strummy, “Any Road” is about steering one’s own ship and refusing to be played by society's expectations while embracing the beauty in life's chaos. The first song laid down in the studio, “Any Road” captures all the vulnerability, relief and excitement that comes with beginning the journey of a new creative project.

We’re not going to release the entire track listing as a series of singles as we don’t have time before the album’s release, but rest assured there’ll be a few more and even a video or two. You can look forward to having sweet refrains of “I don’t wanna WASTE! MY! TIME!” and “You always were a Sassy Witch” bouncing around your noggin all summer.

Whiplash in the Moshpit is Mylee Grace’s first new release in seven years. Mylee considers the last seven years a significant cycle in her life. “Seven is also the age of my daughter Goldie,” she says. “She was born around the time of the Mylee Grace and Ozzy Wrong Songs album. These seven years have been a time of huge personal growth, learning about boundaries, personal sovereignty and letting go.”

And Mylee sees her last seven years reflected in the album’s themes. “Many themes in the songs relate to the various roles I play in life and how my perspective has changed through experiences. At the core of it, they are love songs - to nature, to my friends and family and to those we’ve lost.” 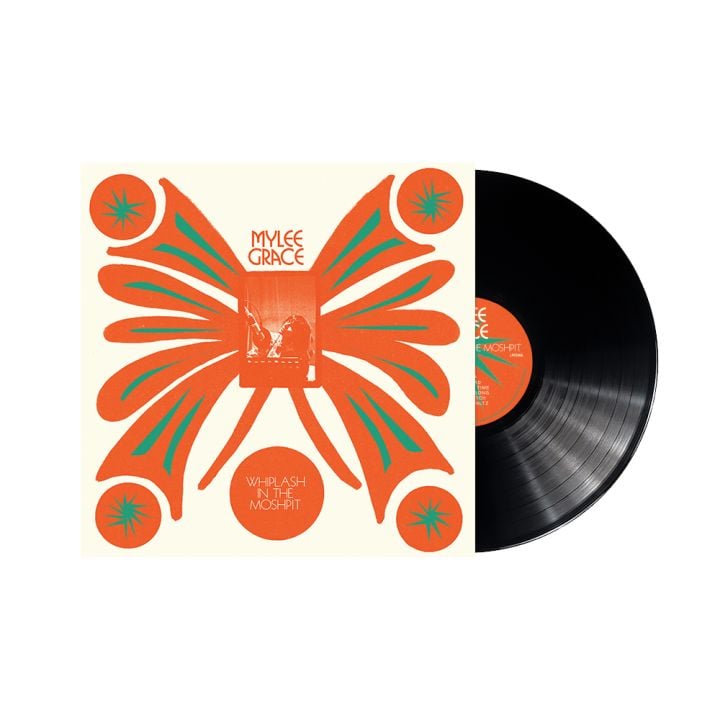 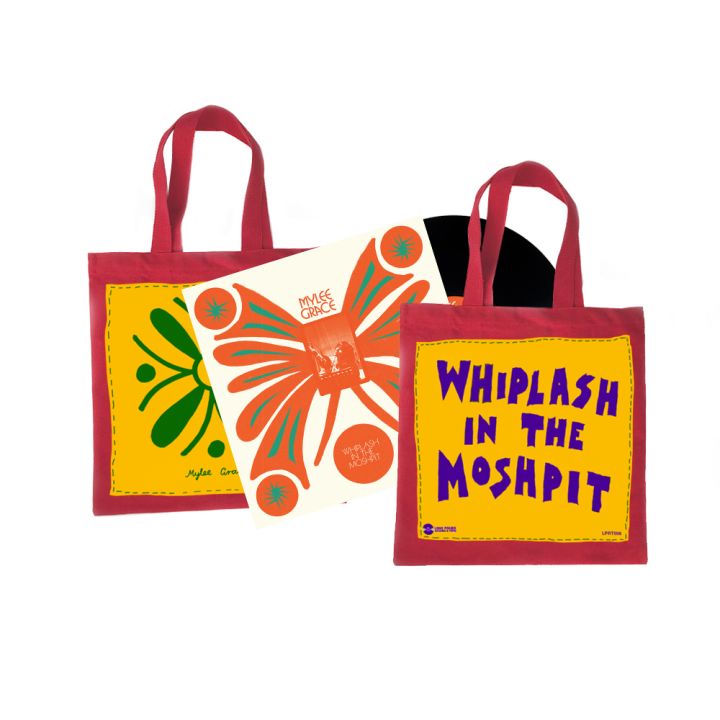 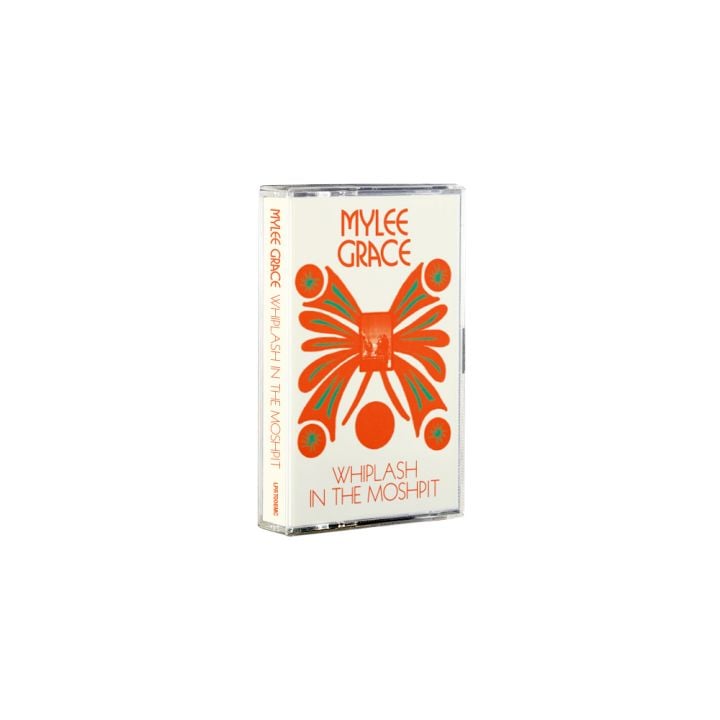 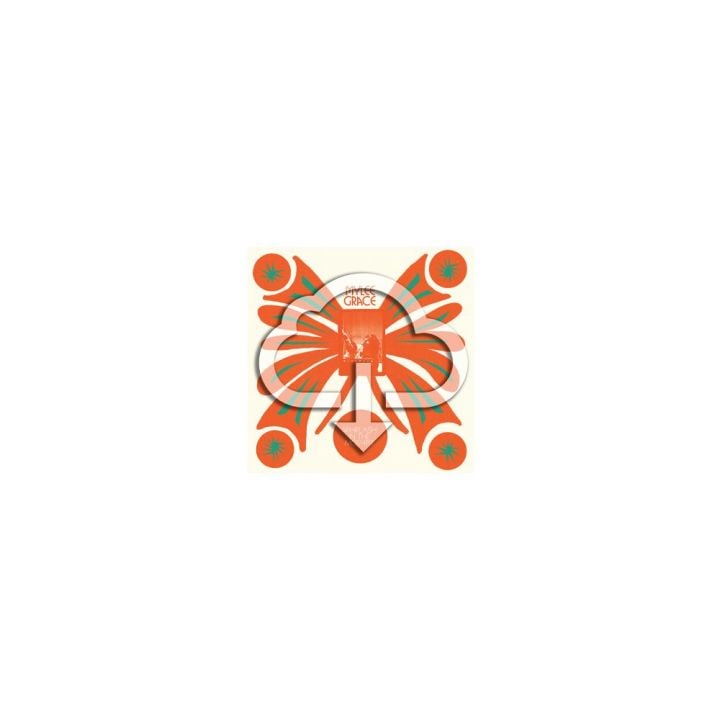